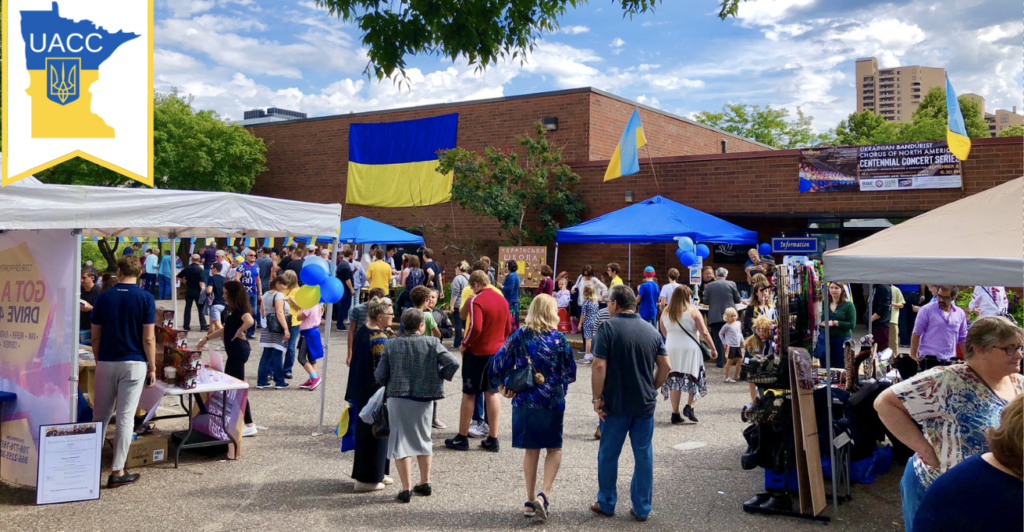 Ukrainian American Community Center is a 501(c)(3) non profit organization, whose mission is to promote, preserve and share Ukrainian heritage, traditions, history, and culture by bringing together Ukrainian Americans and the broader Twin Cities community. Through activities such as traditional folk dance, music and the arts we build community, instill ethnic pride, and contribute to the diverse culture of Minnesota.

With the renewal of the Russian war on Ukraine on February 24th, 2022, our volunteers dedicate their efforts to providing humanitarian aid to the people of Ukraine and raising awareness about Ukraine in Minnesota, the United State, and abroad. Through your generous donations, we fund a variety of projects to help the people of Ukraine and to support newly arriving Ukrainian refugees.

The UACC team and volunteers have been working tirelessly around the clock helping people in need.

We greatly appreciate the tremendous support from all of you! 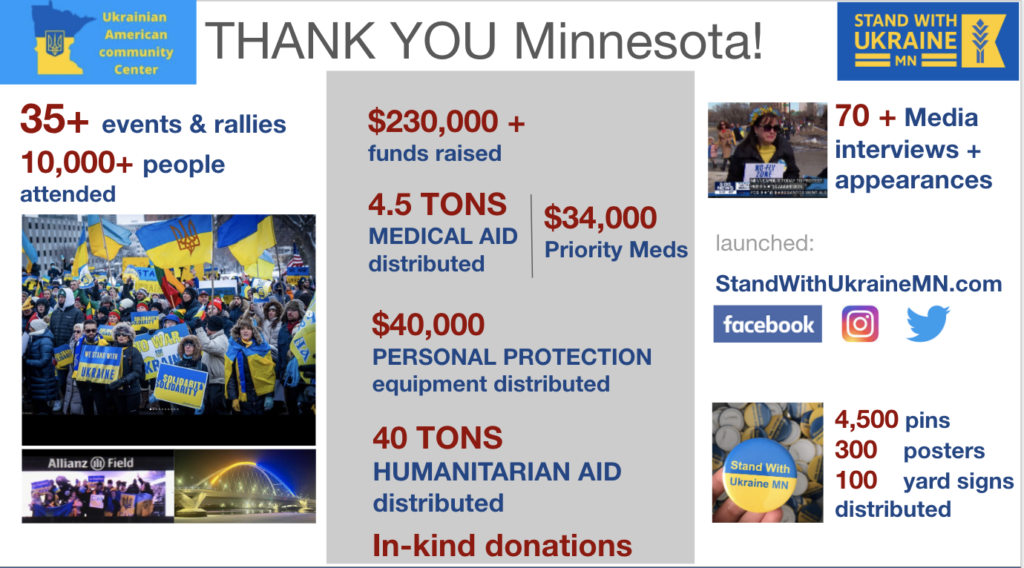 The Ukrainian Center was founded in 1964 by Ukrainian immigrants who found a new life and homes in Northeast Minneapolis and formed a community and cultural center to call their own. It became a non-profit in 2009. Our efforts and activities include: